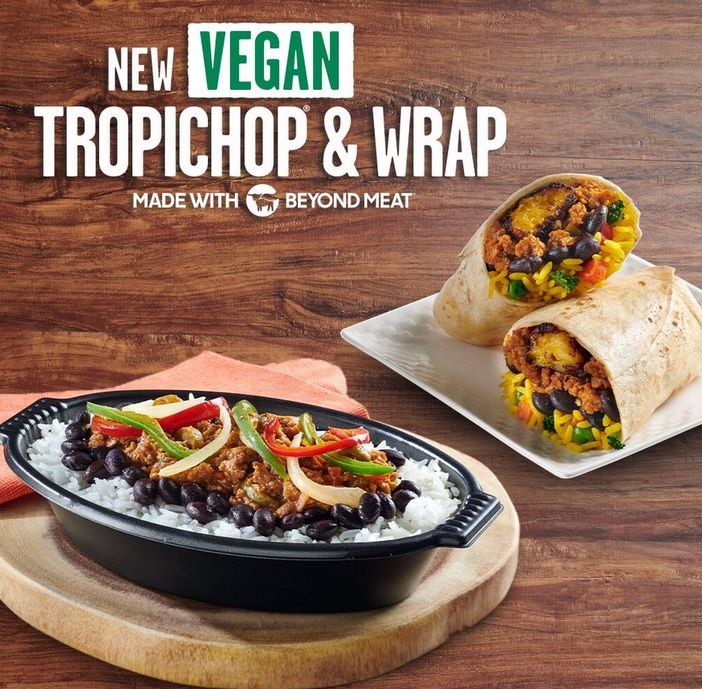 To create its new plant-based offerings, Pollo Tropical teamed up with the popular plant-based meat manufacturer Beyond Meat. The new Vegan Wrap starts with meat-free Beyond Beef, and the customer's choice of sweet plantains, rice, and black beans, wrapped in a soft flour tortilla. As for the Vegan Tropichop, the dish starts with a bed of white or brown rice, topped with black beans, sauteed peppers, onions, and savory Beyond Meat crumbles. Both of the new plant-based Beyond Meat dishes are available at participating Pollo Tropical locations across the country.