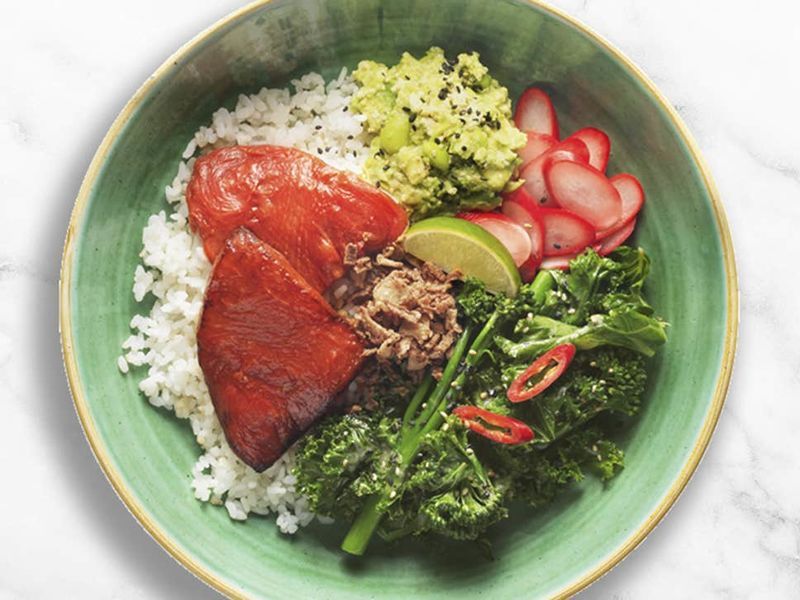 The vegan tuna is actually derived from fruit, more specifically — watermelon. Wagamama has dehydrated and sliced the fruit. The strips are then seared, "which apparently gives it the look and texture of tuna sashimi." The watermelon is later dressed to balance out the flavors, yet, the restaurant maintains that the taste is much like its origin. Chefs dress the vegan tuna in miso sesame sauce and Wagamama serves the dish on a bed of rice, with sides of kale, tender stem broccoli, and radish for enhancement.