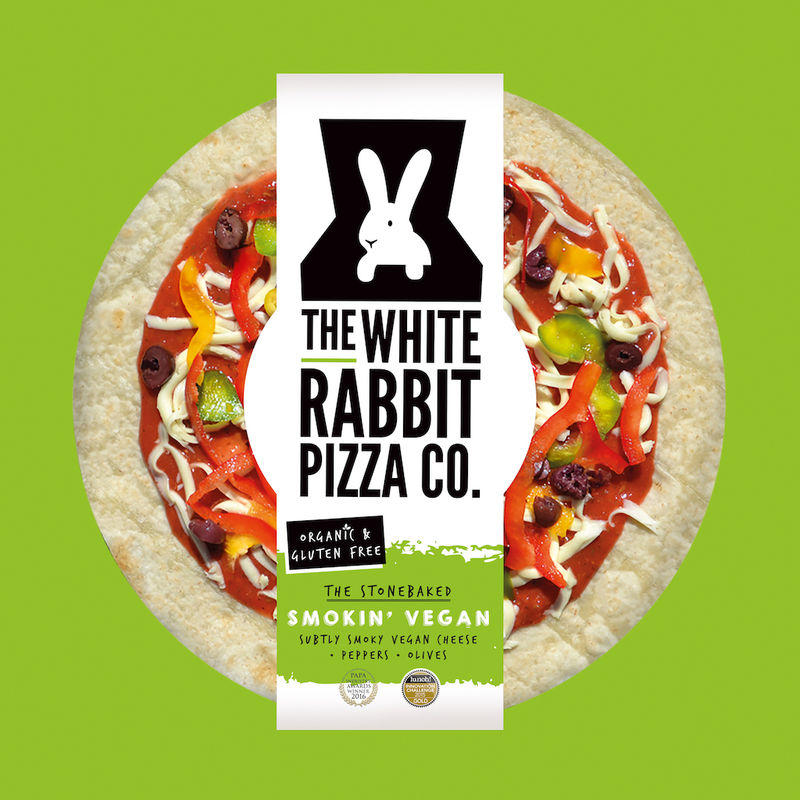 Laura McQuarrie — September 5, 2017 — Lifestyle
References: sainsburys & whiterabbitpizza
The White Rabbit Pizza Co. recently launched its smoky vegan cheese pizza at Sainsbury's supermarkets across the UK, introducing consumers to what it calls "dairy-free decadence." This is significant because Sainsbury's is the second largest chain of supermarkets in the UK and the vegan pizza can now be found in the store's refrigerated section.

On top of being free from dairy, the vegan pizza is also gluten-free and organic. On top of its gluten-free pizza crust base, The White Rabbit Pizza Co. dresses The Stonebaked Smokin' Vegan pizza with peppers, olives and a "subtly smoky vegan cheese."

Although The White Rabbit Pizza Co. is a non-vegan company, it offers a range of other pizza varieties like Edgy Veggie and Viva La Vegan that cater to vegetarians, celiacs and others with specific diets or food preferences.
1.4
Score
Popularity
Activity
Freshness