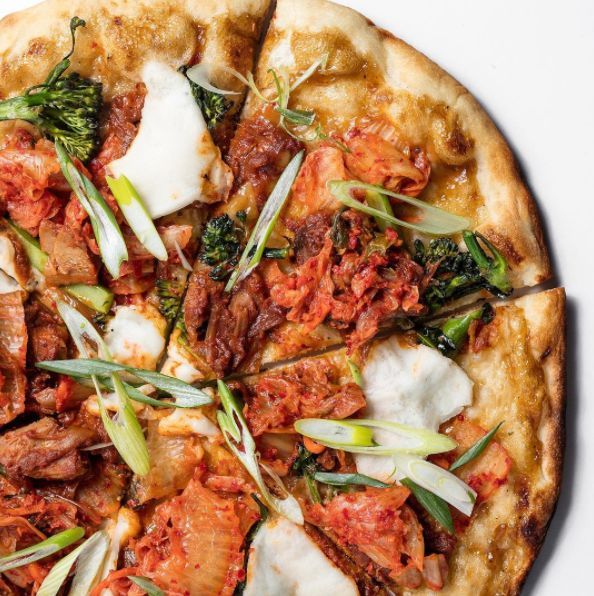 One of the most interesting items on the menu is a spicy creation that Virtuous Pie calls 'Kim Jack,' which is made with a cashew-based mozzarella "cheese," kimchi, roasted broccolini, green scallions, hoisin crema and pieces of jackfruit that have been braised with Gochujang, or red chili paste.

As a whole, the vegan pizza puts a fun, plant-based spin on staples of traditional Korean cuisine. Since the creation is served on the comforting, familiar form of a pizza slice, it's an accessible menu item that inspires a sense of adventure in consumers, whether they are new to Korean flavors, certain ingredients, vegan food or spice.
2.4
Score
Popularity
Activity
Freshness
Get Trend Hunter Dashboard