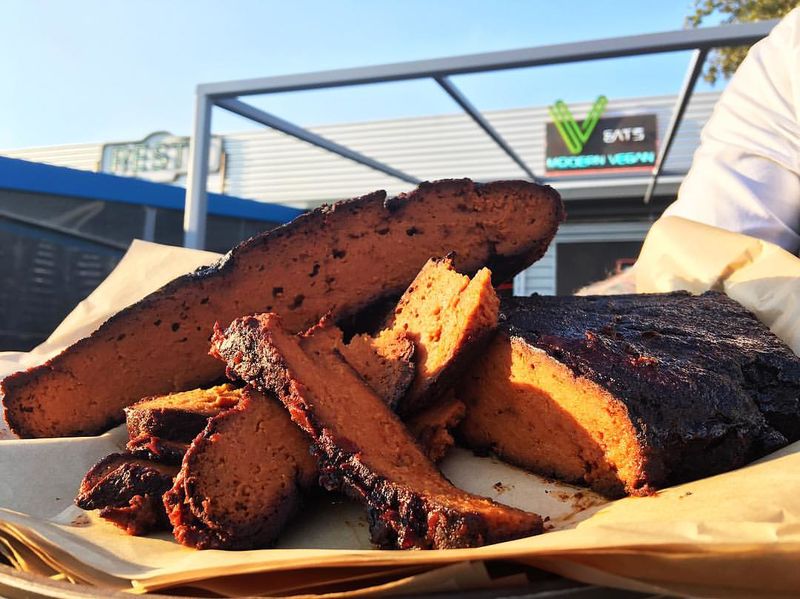 The vegan brisket from V-Eats Modern Vegan is made from seitan, which is also known as wheat gluten. Seitan is effectively a way to create a protein-like loaf using just the gluten in wheat. The trick to the vegan brisket is really in the marinade and smoking process, though. V-Eats Modern Vegan manages to prepare the seitan such that it stays moist and smoky, just like a hunk of brisket.
5.4
Score
Popularity
Activity
Freshness
View Innovation Webinars