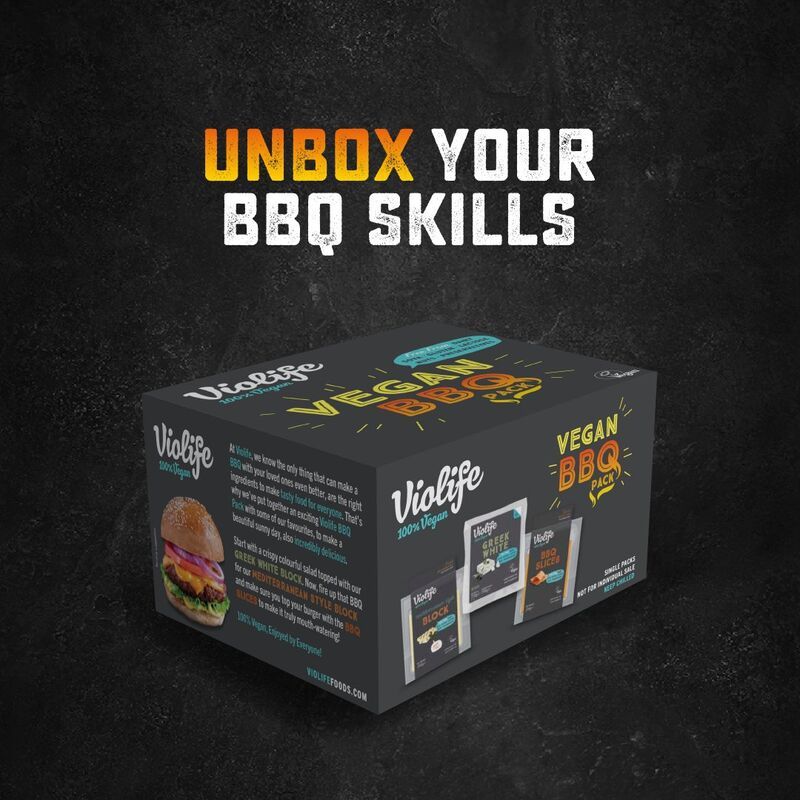 Laura McQuarrie — May 11, 2021 — Lifestyle
References: twitter & vegnews
Share on Facebook Share on Twitter Share on LinkedIn Share on Pinterest
Violife is making it easier for plant-based eaters to get ready for grilling season with its special Vegan BBQ Pack, which contains three varieties of its plant-based cheese alternatives. The kit contains versatile plant-based cheese products like the Violife Mediterranean Style Block, which cab be skewered and grilled on veggie kebabs, the Greek White feta-style cheese for preparing salads and the new BBQ Slices. The latter is said to have a sweet and smoky flavor that works especially well on a vegan burger, thanks to hints of paprika.

To get vegetarians, vegans and flexitarians inspired for barbecue season, the pack also shares recipes and barbecue tips. When it comes to picking up the essentials for gathering around the grill, consumers in the UK will find their shopping trips simplified with this pre-made pack.
6
Score
Popularity
Activity
Freshness
Get Better and Faster