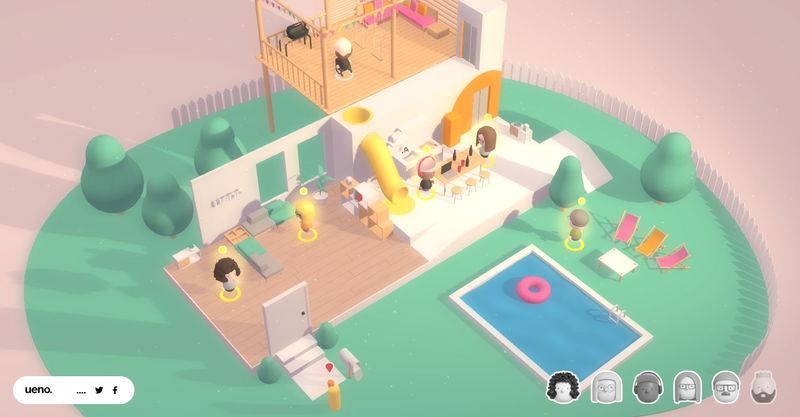 Joey Haar — February 8, 2018 — Art & Design
References: ueno.co & interview.ueno.co
Share on Facebook Share on Twitter Share on LinkedIn Share on Pinterest
Digital agencies are a dime a dozen for prospective creative talent, but Ueno, an agency with offices in New York, LA, San Francisco, and Reykjavik, has developed an interview process that helps it to stand out from the hoards of offices with ping pong tables and slides. The Ueno 3D interview puts users into a funhouse digital representation of the company's offices, with a video game-like format that guides users through a stylized interview process.

In the Ueno 3D interview, users play as a hot dog avatar. The adventure begins with that dog entering the office, at which point they can click on the different 3D representations of real Ueno staff to have conversations with them. The conversations offer two different response options for each staff member, though the goofy system typically sticks to lighthearted, funny dialogue.

The 3D interview isn't actually tied to a job at Ueno, but rather serves as a way for the agency to distinguish itself and draw in talent.
3.4
Score
Popularity
Activity
Freshness
Attend Future Festival