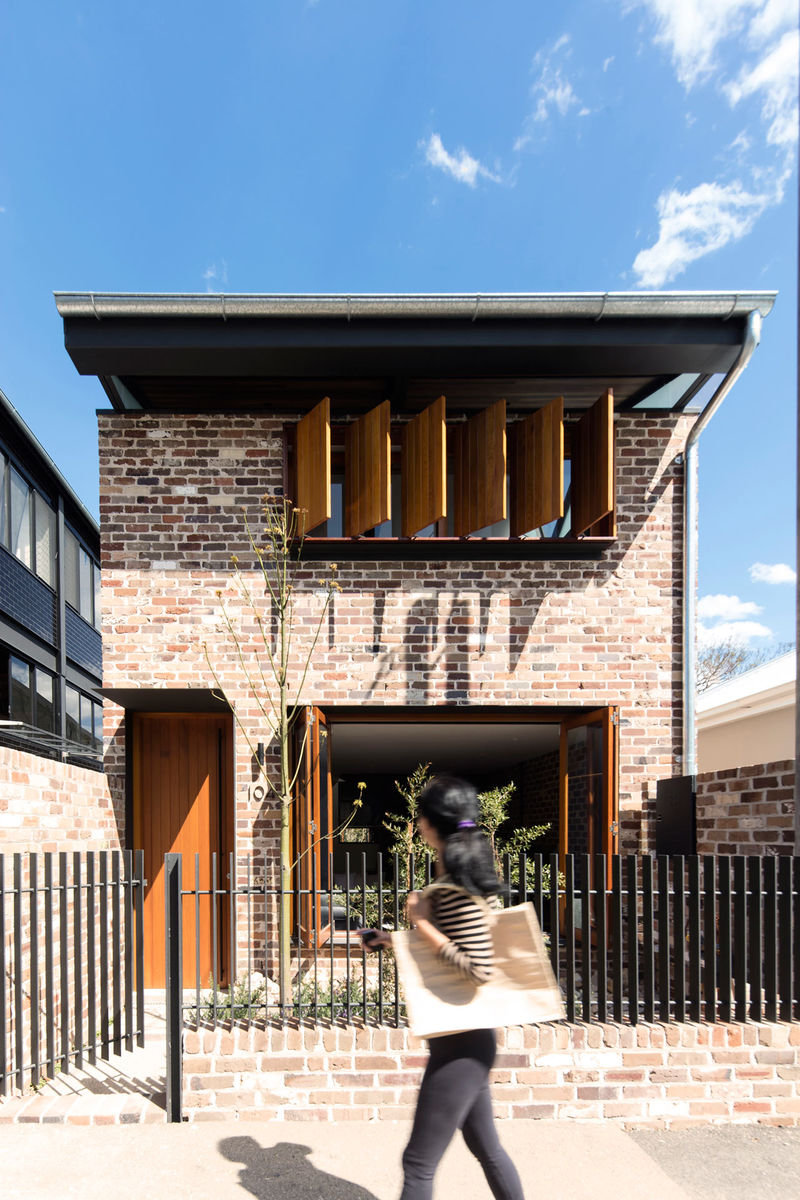 'Truss House' Pays Homage to Its Industrial Past

Joey Haar — May 16, 2017 — Art & Design
References: carterwilliamson & design-milk
Share on Facebook Share on Twitter Share on LinkedIn Share on Pinterest
Post-industrial architecture tends to stray away from the gestures of the industrial era, if only because there isn't any functional necessity to employ them, but 'Truss House' pays homage to its industrial past while still entertaining modern ideas. The home, which was designed by Carter Williamson Architects, features a red brick facade augmented by more contemporary looks like wooden, louvered window shutters and a polygonal sunlight.

Truss House is in a suburb of Sydney, and the area was originally mostly home to industrial factories and the homes of the laborers who worked in them. It has since become a more affluent, middle class neighborhood, but remnants of the past remain in the form of old buildings scattered around. Rather than jumping on board with the transformation, Truss House lets its residents remember the history.
3.2
Score
Popularity
Activity
Freshness
Attend Future Festival Virtual