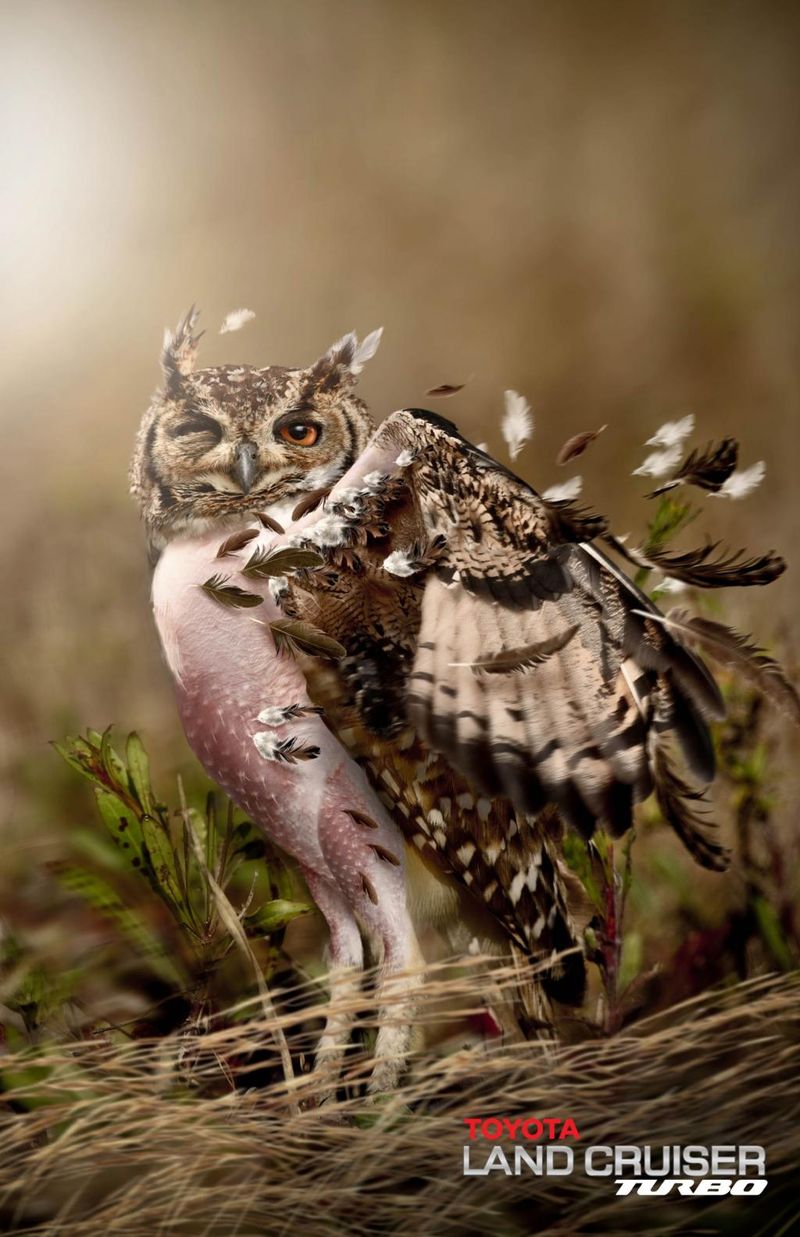 This Toyota Ad Shows Off Speed with Flying Feathers and Fur

Laura McQuarrie — July 12, 2014 — Autos
References: toyota & coloribus
This Toyota ad is set up as if you were a driver or passenger of a Land Cruiser Turbo, speeding by animals in the wilderness. As a result of the immense speed, one of the posters depicts an owl having its feathers plucked right off, or in the case of the lion, the speed of the vehicle causes its half of its fur to be swept away with the wind.

Although nature has some pretty powerful creatures, these ads show that even they don't stand a chance against something like the Land Cruiser Turbo when it comes to speed. However, both of the animals in the ads are show in stationary positions, since they seem to know better than to even try and compete with the power of the mighty Toyota vehicle.