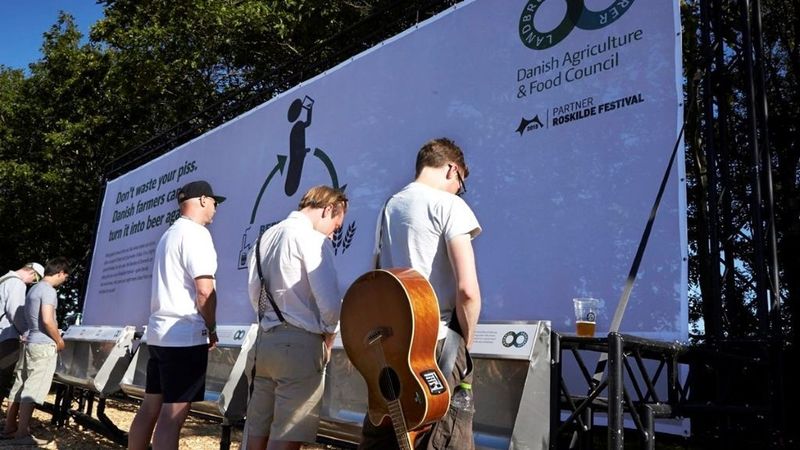 Ellen Smith — May 10, 2017 — Eco
References: noerrebrobryghus.dk & mashable
Share on Facebook Share on Twitter Share on LinkedIn Share on Pinterest
Danish brewing company Nørrebro Bryghus collected 50,000 liters of human urine to produce 'The Pisner,' a novelty drink aimed at the most audacious drinkers. The product isn't as outrageous as it sounds as the beer doesn't contain traces, or the taste of actual urine.

Instead of opting for the traditional method of using animal feces to fertilize the barley, The Pisner's barley is fertilized using human urine collected at a music festival. The urine, which acts as a natural fertilizer, provides a more sustainable approach to the beer-making process.

The Pisner is the first example of human waste being recycled on such a massive scale.The Danish brewery jokingly coined the term "beercycling" to describe its sustainable alternative and has made 60,000 bottles of the organically made, safe to consume, Pisner.
5.5
Score
Popularity
Activity
Freshness
View Innovation Webinars