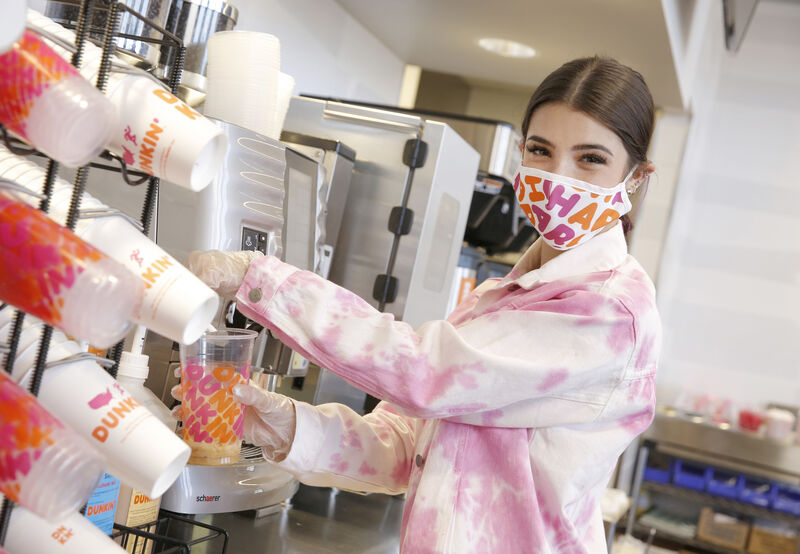 Laura McQuarrie — September 2, 2020 — Lifestyle
References: dunkindonuts & prnewswire
Share on Facebook Share on Twitter Share on LinkedIn Share on Pinterest
TikTok star Charli D'Amelio's go-to Dunkin' drink can now be ordered for a limited time by asking for The Charli. The social media star's favorite coffee order is made with a base of Dunkin' Cold Brew, plus whole milk and three pumps of caramel swirl, and it has appeared in many of Charli's videos on TikTok, as her millions of fans on the platform know.

To kick off the introduction of this new limited-time menu offering, Dunkin' is inviting Charli to take over its social media channels in September, so fans can expect to see exclusive content, special AR Instagram filters, stickers and even an original song inspired by The Charli.

Fans will also have the chance to participate in the #CharliXDunkinContest by recreating an iconic Charli x Dunkin' moment.