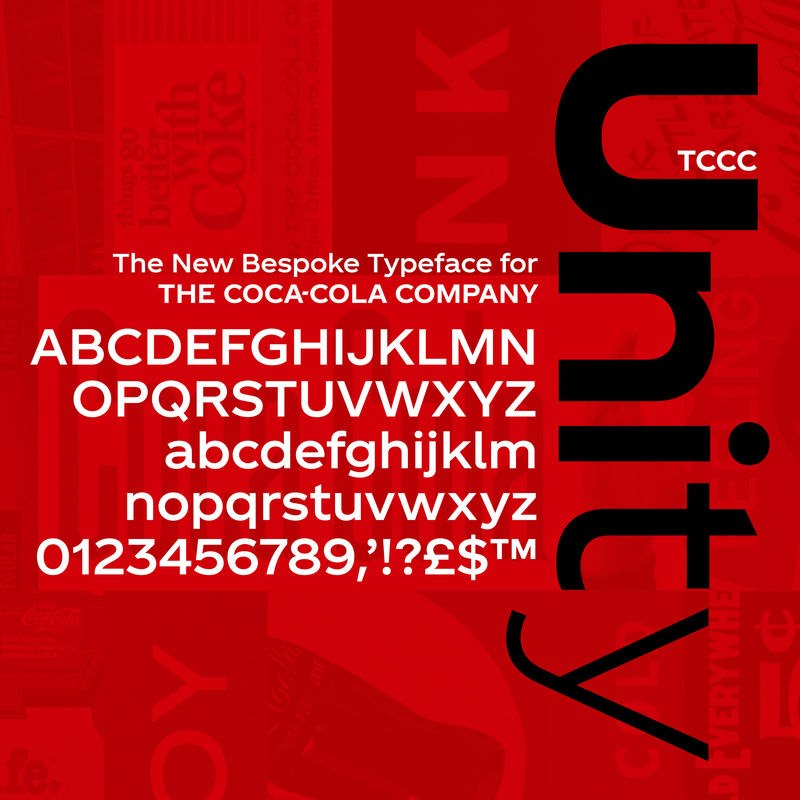 Amy Duong — January 15, 2018 — Art & Design
References: dezeen
Coca-Cola has just introduced its first-ever typeface, 'TCCC Unity,' created by British graphic designer Neville Brody. The name is an acronym of 'The Coca-Cola Company' and its exciting new typeface was first released last week in Atlanta at the Museum of Design. James Sommerville, the VP of global design, announced that its first typeface "encapsulates elements from Coca-Cola's past and its American Modernist heritage."

The soda brand has been in circulation for over 130 years and this is its very first branded typeface. The company chose Brody due to his influential work rooted back from the 1980s and 1990s. It was important to both the company and to Brody to preserve Coca-Cola's iconic brand familiarity that has been fostered for so many years.
4.9
Score
Popularity
Activity
Freshness