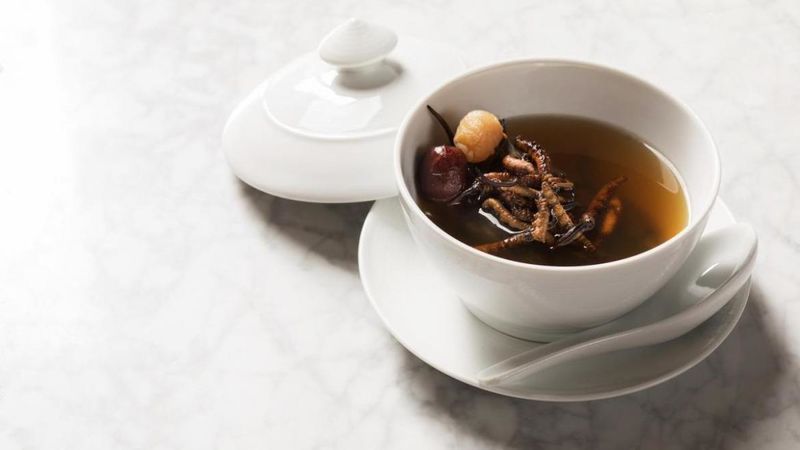 Justin Lam — February 16, 2018 — Luxury
References: nydailynews & luxurylaunches
Share on Facebook Share on Twitter Share on LinkedIn Share on Pinterest
Las Vegas based Talon Club is sticking true to its luxurious feel with an ultra-expensive soup priced at $688 per bowl. Unlike other ultra-expensive dishes, this soup does not contain any diamonds or gold, instead opting for the ultra rare Cordyceps fungus. This fungus supposedly only grows at altitudes of 3,800 meters above sea level and is valued at $14,000 per gram. The Talon Club is currently sourcing its fungus from the Himalayas.

The Talon Club soup takes influence from Chinese cooking and features black-skinned chicken breast, logan berry, red dates and a quarter ounce of Cordyceps. The soup come out like a tea-like broth and resembles very traditional Chinese broth soups. The use of the Coryceps fungus in the soup is believed to imbue powerful healing properties, such as acting as a natural cancer treatment, anti-aging supplement and is even thought to be an aphrodisiac.