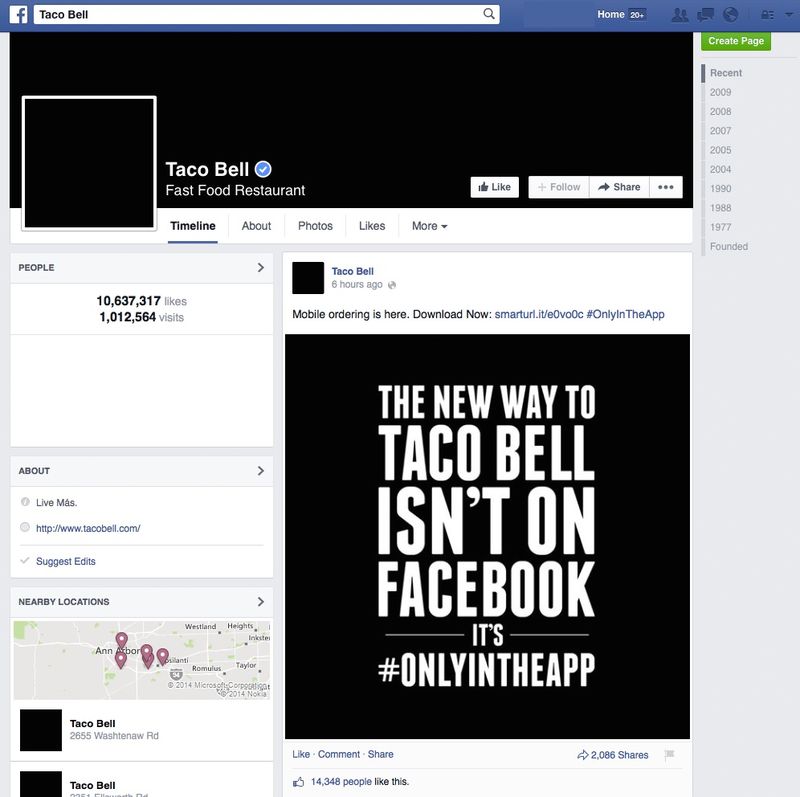 Laura McQuarrie — November 3, 2014 — Lifestyle
References: twitter & wearesocialmedia.gr
In order to bring attention to its new mobile ordering app, this Taco Bell social media stunt did the unthinkable. Over the last week, Taco Bell got rid of its presence across Facebook, Twitter and Tumblr by erasing all of its posts and getting rid of millions of followers. To alert that something big was happening, Taco Bell kept Instagram, Vine and Snapchat up to alert fans that "The new way to Taco Bell isn’t on Instagram. It’s #onlyintheapp."

The blackout involved changing profile header images and avatars to black images so there wasn't a logo in sight. Although the social media stunt was definitely drastic, since the new Taco Bell Mobile Ordering app has been introduced, it's already being used at over 75% of Taco Bell stores.
5
Score
Popularity
Activity
Freshness

Upscale Taco Eateries
The US Taco Co. is Taco Bell's Version of a High-End Taco Restaurant