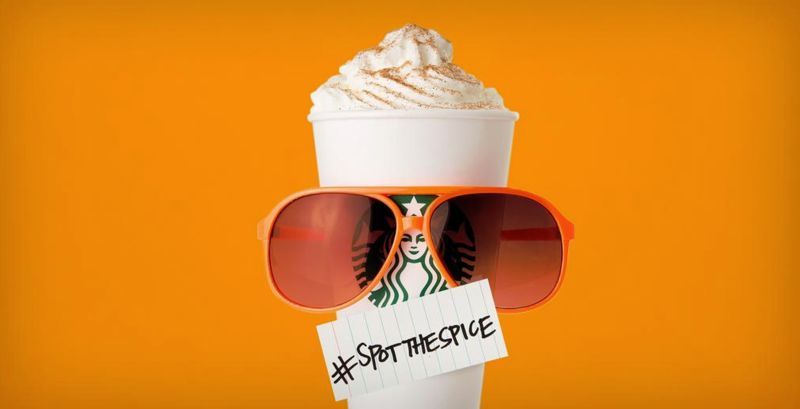 Laura McQuarrie — August 23, 2014 — Lifestyle
References: twitter & brandeating
Share on Facebook Share on Twitter Share on LinkedIn Share on Pinterest
Around this time of year, there are a lot of PSL fans that start to send out tweets in anticipation of the seasonal Starbucks Pumpkin Spice Latte making a return to the coffee chain. With fall right around the corner, this year Starbucks is giving its fans the chance to unlock the PSL a little early through the #SpotTheSpice Twitter campaign.

Each day, @TheRealPSL on Twitter sends out clues that will point fans in the right direction towards a secret password. By revealing this password to a Starbucks barista, you'll be able to get a PSL as early as August 26th in stores. Fortunately, when the secret password has been used once at a Starbucks location, it will go on display in-store, so that everyone else can indulge in the tasty fall drink.
5.4
Score
Popularity
Activity
Freshness
Get Trend Hunter Dashboard