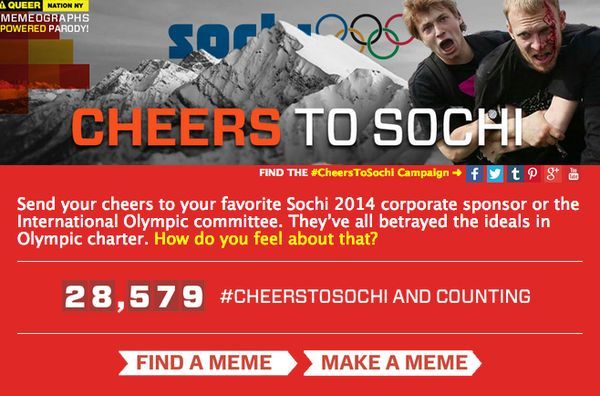 This Website Protests Sponsorship of the Sochi 2014 Winter Olympic Games

Just a few weeks ago, McDonald's set up 'Cheers to Sochi,' a campaign where fans could send encouraging messages to the athletes through its website or just by using the "CheersToSochi" hashtag. The hashtag became quite popular and LGBT activists began using it as well. Shortly after, cheerstosochi.org was set up to parody McDonald's site, showing brutality the LGBT community faces in Russia.

cheerstosochi.com leads to McDonald's site and the cheerstosochi.org parody site by LGBT activists was bought for about $10, since it was not claimed by McDonald's first. Since the site has gained attention, McDonald's has redirected its URL and stopped promoting the "CheersToSochi" hashtag on January 24.
5.6
Score
Popularity
Activity
Freshness
Get Trend Hunter Dashboard