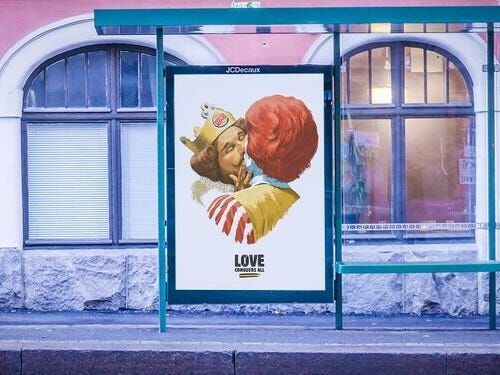 The new ad was spotted on billboards and posters in Finland, featuring an illustration of the two mascots in a heart-shaped embrace with the words "Love Conquers All" featured beneath them in bold black lettering. As Business Insider points out, the brand rivals have previously been featured together in Burger King's ads, with the brand often positioning its ads to be right outside of McDonald's locations.