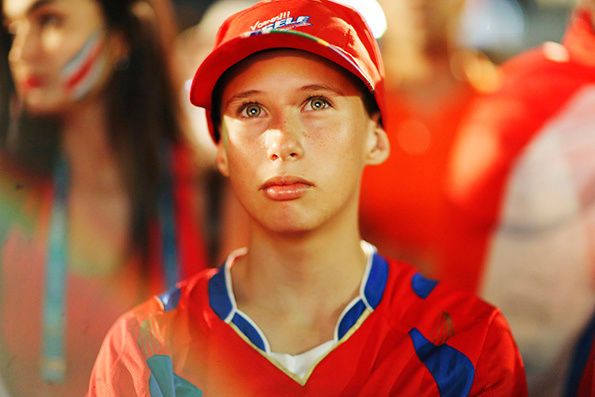 Jane Stockdale Photographed the Crowds at the World Cup

Stockdale watched the games in many different settings, from the Copacabana beach to a retirement home. No matter the site, it's clear to see people's love of the game shine through in every photo -- even the ones documenting heartbreak over the now-infamous game against Germany.

More than anything, Stockdale wanted to avoid stereotypical shots. Of the project, she explains that it was, "Amazing. I loved it. We met so many incredible people. We really wanted to avoid shooting typical clichéd shots of photogenic, face-painted fans, and document other sides and realities of the World Cup."
2
Score
Popularity
Activity
Freshness
Jeremy Gutsche Keynote Speaker