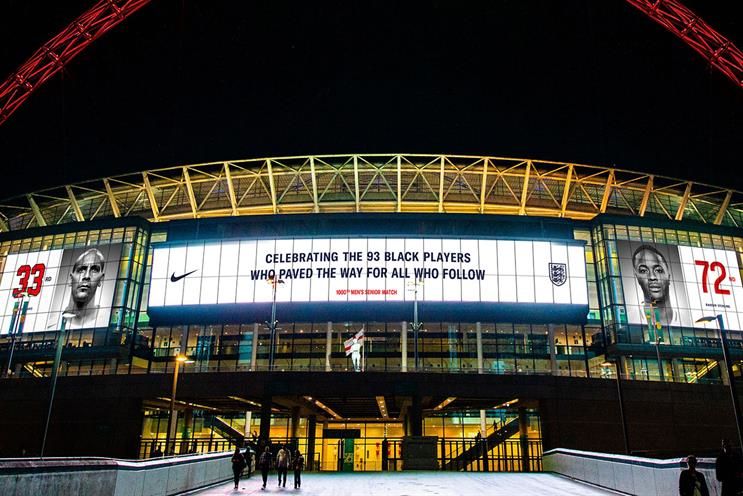 According to Nike, "out of 1,244 footballers who have played for the men's national team, only 93 have been black." To honor these 93 players, Nike teamed up with Wonderhood Studios to "include portraits of the men and perimeter boards displaying their names in the same minute as their order in the sequence of 93 players."

In addition, the And All Who Follow campaign also featured an ad that showed the Viv Anderson in 1978, the first black player, passing the ball to Tyrone Mings, the most recent black player with the tagline "Those who come first pave the way for all who follow."