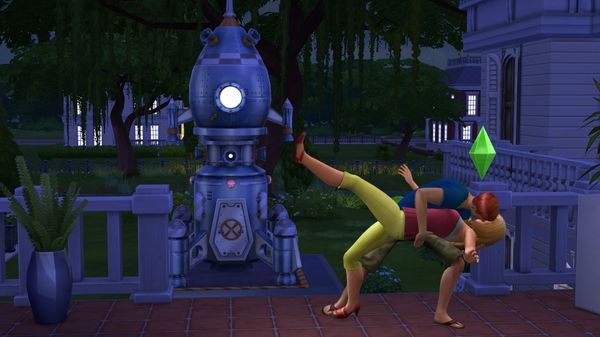 Laura McQuarrie — June 10, 2014 — Life-Stages
References: thesims & ca.ign
Share on Facebook Share on Twitter Share on LinkedIn Share on Pinterest
Yesterday,a press conference from EA ahead of E3 2014 revealed some new information on The Sims 4, the newest iteration of the wacky simulation game. Although there have been a few teasers on the new and intuitive Character Creator and Build Mode, Executive Producer Rachel Franklin showed off a little more about the stories you'll be able tell with these new Sims.

The biggest difference is the emotional depth that you'll be able to bring to the game. As Franklin noted, players have previously been able to control the mind and body of a Sim, but the Sims 4 will let gamers tap into a Sim's emotions. The Sims 4 promises smarter Sims and weirder stories, demonstrated at the E3 2014 conference by a Sim who laughs himself to death. It was also announced that the game is set for a September 2nd release and The Sims 4 can now be pre-ordered online.