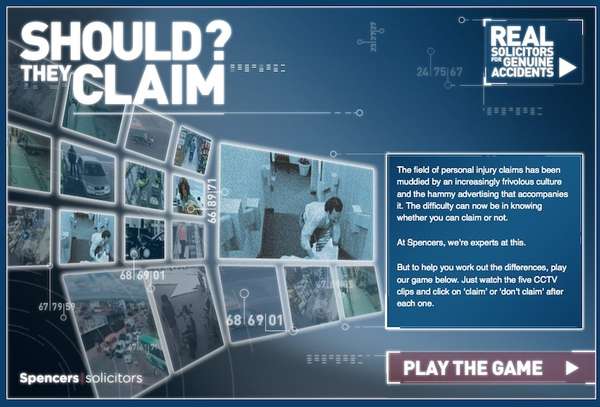 Spencers, a firm of UK solicitors, are the geniuses behind Should They Claim?, which is an interactive activity where the viewer watches a series of YouTube clips of accidents and decides whether each clip highlights grounds for compensation. In some instances, the accident is genuine; while in others they are dubious, often to the extent of being humorous and entertaining.