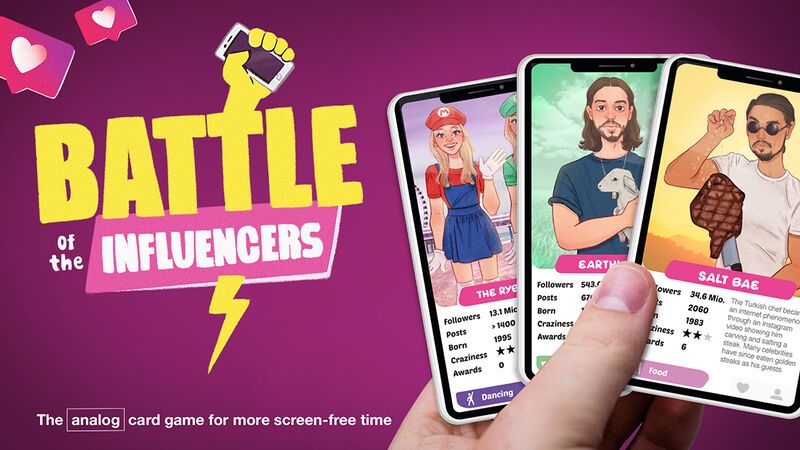 Patrick Ackmann — June 8, 2021 — Social Good
References: instagram & kickstarter
Share on Facebook Share on Twitter Share on LinkedIn Share on Pinterest
'Battle of the Influencers' is a game designed by two German dads currently campaigning on Kickstarter to get funded. The game aims to make social media social again by bringing social media topics into an analog card game. The game follows the rules of classic trump cards, but special action cards spice it up even more.

In 32 playing cards, you can play influencers such as nuns influencers, dog influencers, and animal rights activists against TikTok dancers, business influencers, gamers, and more interesting characters and creators. The people are hand-drawn by female illustrator Piggysart, a micro-influencer with about 66,000 followers on TikTok.

The card game is designed to connect generations: children can show their (grand)parents what's trendy nowadays. It gets young and older people off of their phone screens and sparks a discussion about social media.

Proceeds from the game will support 'Return,' an association against media addiction.