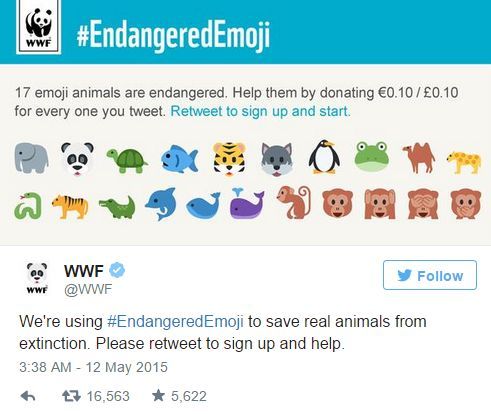 WWF's Twitter Campaign to Save Endangered Animals Begins with a Retweet

In this campaign, WWF uses familiar animal emojis to get its message across, stating that 17 emojis that can already be found on iOS and Android keyboards are endangered. This includes the panda, elephants, whales, dolphins, tigers, fish, penguins and many species of monkeys.

To do something about these endangered animals, WWF is asking that users make use of these emojis as they usually would, and each month, donate $0.11 per the use of each individual animal emoji. Donation is completely optional and even if you don't have the funds to support these animals, sharing the message is just as important.
3.5
Score
Popularity
Activity
Freshness
Attend Future Festival