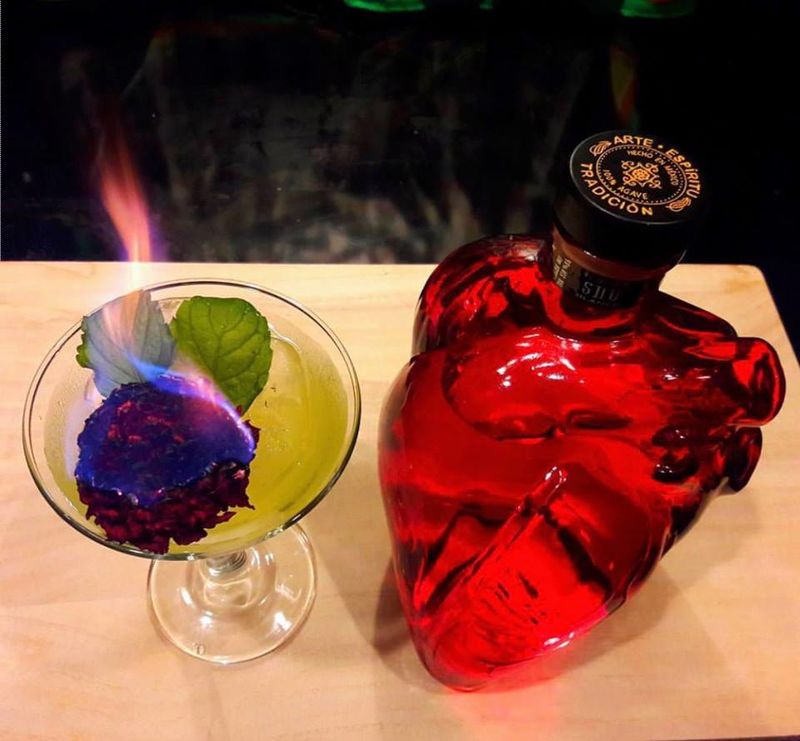 Justin Lam — April 17, 2018 — Lifestyle
References: sangredevida & drinkhacker
Share on Facebook Share on Twitter Share on LinkedIn Share on Pinterest
The first thing most people notice about Sangre de Vida is the eye-catching bottle shaped like a human heart and pressed out of red-tinted glass. The bottle is actually a redesign for the tequila, as previous bottles featured Day of the Dead skull-inspired decanters, but each bottle still houses the same quality blanco tequila.

Unlike most blanco tequilas, Sangre de Vida offers quite a bit of complexity on the nose. The smell is pungent with agave and red pepper and is complemented with hints of lemongrass, which offer both citrus and herbal notes. The nose finishes with a healthy dosage of lime that opens the drink up with further aromatic zings. On the palate, Sangre de Vida gives off notes of smoke before leading into a wider palette of bold white pepper, cayenne and a hint of gunpowder. These flavors are undercut with a tinge of sweetness and finishes again with peppery notes.
3.3
Score
Popularity
Activity
Freshness
Get Trend Hunter Dashboard