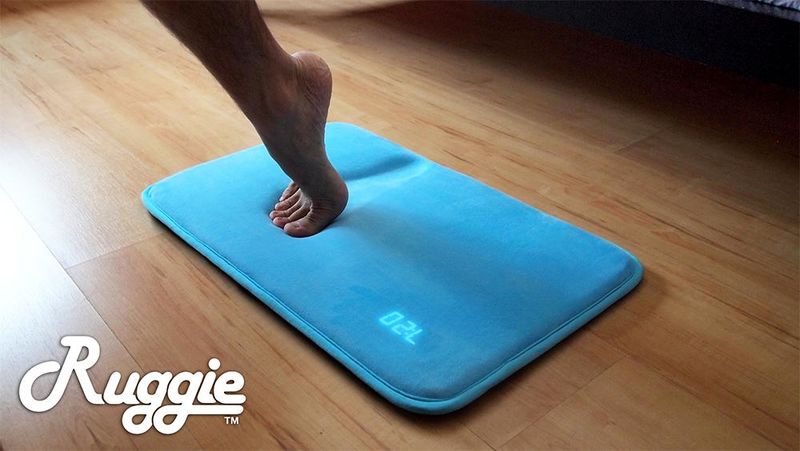 Laura McQuarrie — February 10, 2017 — Art & Design
References: ruggie.co & hellogiggles
Share on Facebook Share on Twitter Share on LinkedIn Share on Pinterest
Due to the ease with which one can hit the snooze button on a regular alarm clock, getting out of bed can be a challenge—as 'Ruggie' claims, "over one third of all adults snooze over three times a day." Ruggie is an alarm clock of a different kind that uses a different strategy to get people up and out of bed.

Rather than using the trick of putting an alarm clock somewhere other than within arm's reach on the nightstand, consumers may simply invest in a Ruggie, the alarm clock rug.

This rug features a soft, plush design with a built-in clock and an alarm system that can be customized to play custom tracks after one's alarm is stopped. The alarm itself on Ruggie is described as "extremely effective and loud," with sounds from 90-120 decibels emitted. As its design suggests, the only way to stop this alarm is to physically step on the rug and prepare to start the day.
6.4
Score
Popularity
Activity
Freshness
Get the 2021 Trend Report FREE