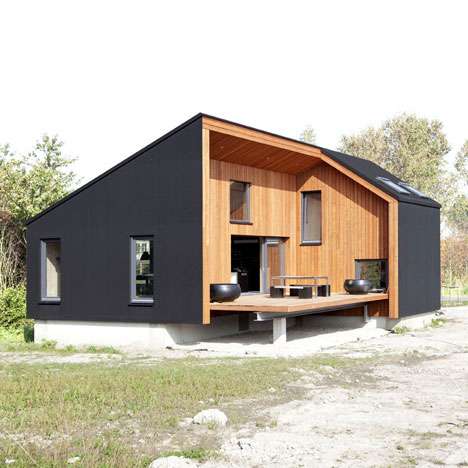 An experimental home, the Rubberhouse, which is also built from laminated timber, provides energy efficiency and sustainability. It is clad in black EPDM rubber, a material that is often used for flat roofs. Around the back of the building is a cut-out terrace, made of untreated larch wood, with large sliding glass doors that open into the living room, an open plan kitchen and a pivoting fireplace.

According to the designers, the Rubberhouse was influenced by the shape of Dutch barns. As such, the building is high -- double-height -- and features an asymmetrical gabled roof.
2.9
Score
Popularity
Activity
Freshness
View Innovation Webinars