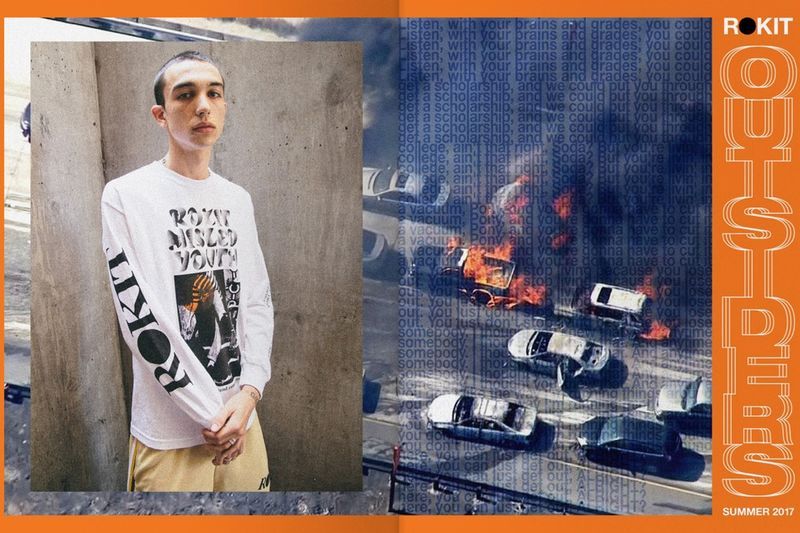 Although the way in which in the editorial promotes the collection only draws from the novel's themes loosely, it maintains a sense of angst and otherness that's prevalent throughout it. ROKIT exemplifies this both in the unique graphics that are features on the apparel itself, as well as in the styling of the shots that comprise the editorial.

The whole collection is currently available through the label's online store, where other novel-inspired editorials can be viewed as well, such as its Fall 2016 campaign that takes from 'The Basketball Diaries,' which was later adapted into a 1995 film starring Leonardo DiCaprio.