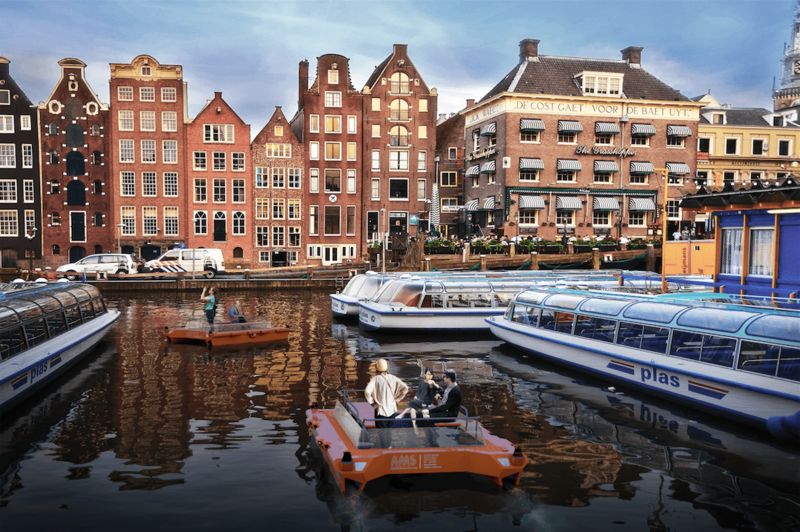 The 'Roboat' Program Will Put Autonomous Boats in Amsterdam's Canals

Joey Haar — September 19, 2016 — Autos
References: ams-institute.org & theverge
Share on Facebook Share on Twitter Share on LinkedIn Share on Pinterest
Amsterdam is second only to Venice for its fame as a city veined with canals, and the Roboat program is a plan to take advantage of technology in navigating and traversing those bodies of water. A collaboration between MIT, the Delft University of Technology, and Wageningen University and Research, the Roboat program is a plan to fill Amsterdam's canals with autonomous boats and other floating vehicles.

Self-driving cars are highly publicized on land, yet the waterways are mostly free of any autonomous technology. Thanks to a 20 million Euro contribution from MIT, Roboat will use Amsterdam as a test site for what might become the norm in water transport.

Beyond moving people and cargo, the fleet of Roboat boats could be used to create on-demand bridges and city infrastructure, rafting together end-to-end in mere hours and breaking down just as quickly.
4.3
Score
Popularity
Activity
Freshness
View Innovation Webinars