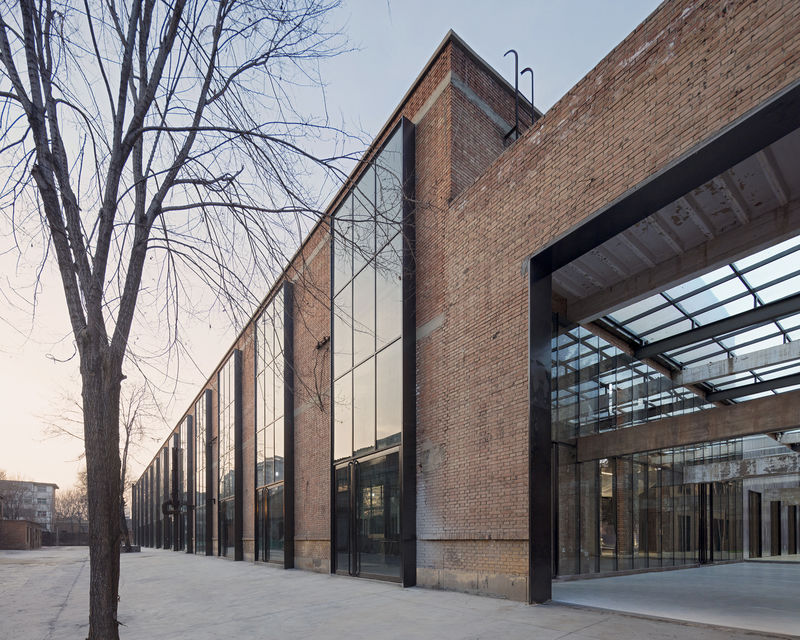 Joey Haar — April 26, 2018 — Art & Design
References: superimpose.nl & archdaily
Share on Facebook Share on Twitter Share on LinkedIn Share on Pinterest
'Superimpose Architecture', a Dutch studio, recently refurbished an old industrial building in Changzhi, China, but rather than conforming to the architectural style of the upcoming city, the 'Re-Veil' project preserved the areas historic heritage. Re-Veil is meant to serve as a modern exhibition center, and it does so by retaining the industrial gestures of the original building instead of moving toward the "suburbanization", as Superimpose puts it, of the surrounding area.

The original plan for the building, before Superimpose got involved, was simply to demolish it and build something entirely new. Superimpose instead came up with Re-Veil as an alternative solution. It's, of course, more cost-effective than the former option, but it also keeps an important cultural memory of the city intact.