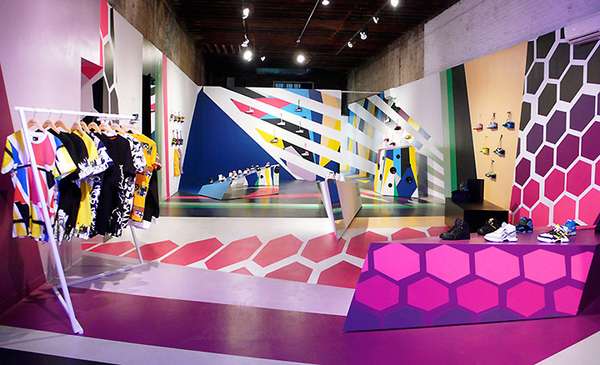 Nonetheless, Reebok Flash is a shop you don't want to miss. This pop-up, which takes up 3,000 square feet of space on the Bowery in New York City, was made to promote the brand's most beloved limited edition shoes and clothing from the 1980s. Accordingly, the designers of the pop-up shop, D+DS, created the interior to reflect 80s pop culture; inspiration and references include everything from Purple Rain to Thriller.

The bright retail space also includes inspiration from the Cubist and Futurist art movements, which is apparent in its multicolored honeycomb shapes and bewildering graphics. According to the designers, the intention was to create an enveloping space that makes the visitor feel as if he or she is walking into a poster, not a store.
5.7
Score
Popularity
Activity
Freshness
Access Advisory Services