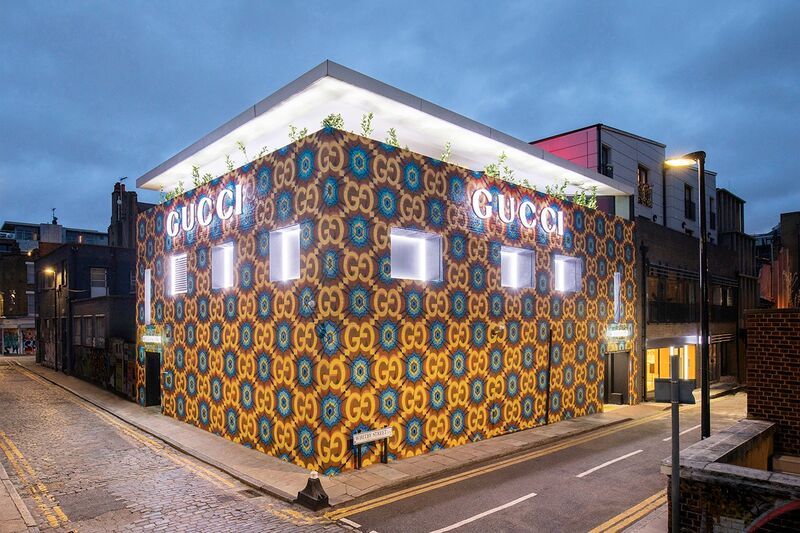 In Berlin, the brand utilized an industrial building in Kreuzenberge, transforming it with interactive photo booths and a one-of-kind "listening lounge," both of which pay tribute to the city's vibrant musical heritage. Elsewhere, in London, the fashion label set up a pop-up in Shoreditch that is said to be inspired by the design of British libraries. Partnering with British bookseller IDEA, Gucci ensured the spaced be decked out with a curated selection of rare fashion books and art volumes. In both stores, shoppers can browse the newly launched 'Gucci 100' collection.

While the new pop-ups are certainly extravagant, they only represent one portion of Gucci's ongoing centenary celebrations. In addition to the new stores, the brand has also launched an online concept store called the 'Gucci Vault' and teamed up with Hot Wheels to release a collectible co-designed Cadillac Seville from 1979.