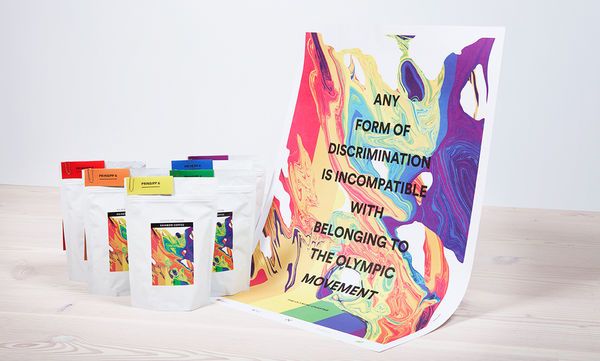 This project uses coffee, something that is both loved and universal, as a symbol to promote quality and respect. The Rainbow Coffee project is a collaboration between The Norwegian LGBT Organization, coffee roaster Solberg & Hansen and creative design firm Anti in support of the 'Principle 6' campaign, which was launched with the winter Olympics in Russia by the Norwegian LGBT Organization.

"The colors of the rainbow are blending together, a symbol of how differences between people matter less and how far we´ve come in many parts of the world when it comes to equality. Still, the flag is torn and damaged, a symbol of the ongoing battle for basic human rights," says the ream behind the project.
4.9
Score
Popularity
Activity
Freshness
Get the 2021 Trend Report FREE