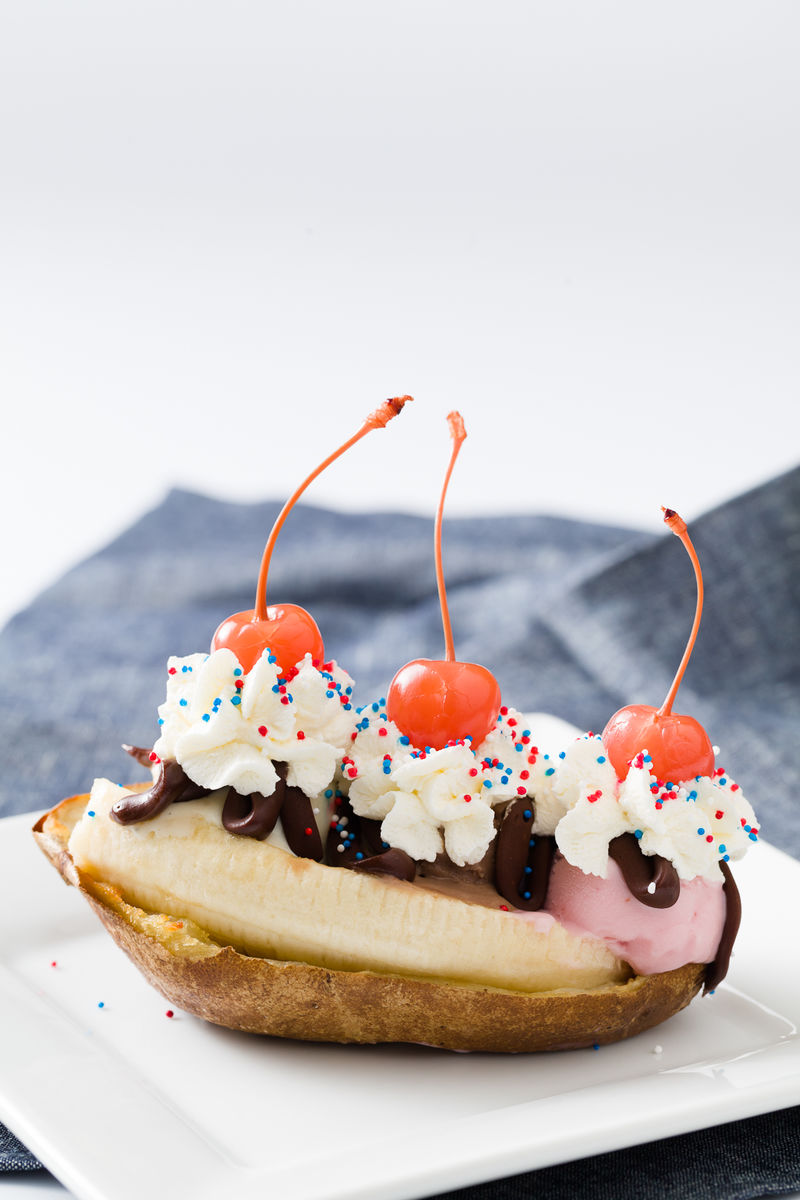 Bananas, whipped cream, cherries and ice cream are all essentials to the classic dessert recipe, but the Cupcake Project proposes adding one more ingredient to the mix, stating: "Raise your hand if you’ve ever dipped a French fry in a milkshake. If you have, you know that potatoes go really well with ice cream." The addition of potatoes to this banana split recipe makes a handy bowl for the dessert, as well as amplifies the creamy textures of both the ice cream and potato.

This recipe from the Cupcake Project blog was developed for the Idaho Potato Commission as part of an exploration into the potato desserts category.
1.2
Score
Popularity
Activity
Freshness