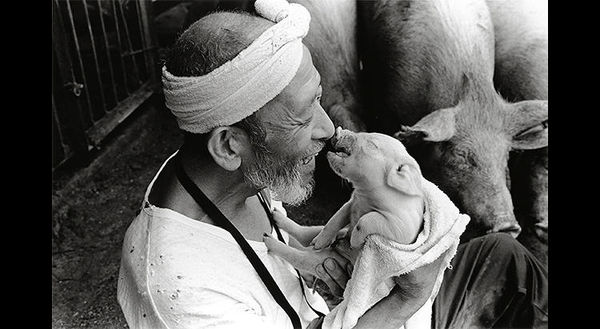 Meghan Young — April 21, 2014 — Fashion
References: ideabooks.nl & fastcodesign
The Pigs and Papa photo series will give the movie 'Babe' a run for its money. It captures the loving fatherly relationship between a pig farmer named Otchan and his 1,200 pigs. As though they were adorable dogs, he puts them on leashes when out for a stroll and cuddles them closely when relaxing throughout the day.

Shot by Toshiteru Yamaji, a photographer based in Kagawa, Japan, the Pigs and Papa series is a touching and necessary reminder of how lovable these animals can be. In the age of brutal slaughterhouses, Otchan shows the world that there is another way. Yamaji has been documenting Otchan and his sweet swine for over a decade and has released a self-published book of the portraits.
5.8
Score
Popularity
Activity
Freshness