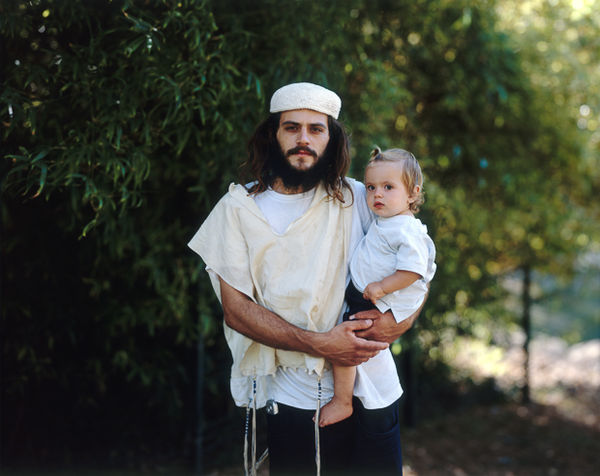 Yaakov Israel’s Photo Series on Israel is Whimsical and Raw

Farida Helmy — April 12, 2014 — Art & Design
References: yaakovisrael & featureshoot
Share on Facebook Share on Twitter Share on LinkedIn Share on Pinterest
Taking the audience with him on a personal trip through Israel, photographer Yaakov Israel’s shows us a side to Jerusalem that may go unnoticed because of the constant turmoil in his dreamy portrait and landscape photo series on Israel.

The Jerusalem-based photographer shows us an almost whimsical and beautiful side to the desolate landscape. ‘The Quest for the Man on the White Donkey’ photo series on Israel started when the photographer took a picture of a Palestinian man on a white donkey, which according to Orthodox Jewish tradition is significant because the Messiah will arrive riding on a white donkey. Soon after, the photographer decided to go on a photographic journey through his country to capture its people and places.

“Religious, social aspects filter into everyday life and their meanings are revealed as the journey moves on. Jewish missionaries, lost souls and individuals living on the fringe of society, all blend into this landscape of humanity,” says Israel.