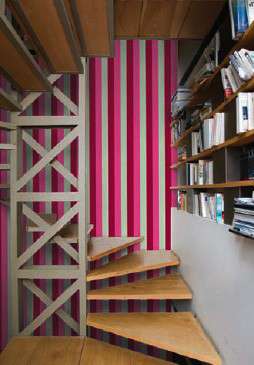 The Phosphowall candy-colored striped wallpaper is made with phosphorescent ink. It soaks up light during the day so that it can glow all night long, thereby eliminating stubbed toes and temporary blindness from turning lights on during the wee hours of the night. It will be produced by Rasch and will be on display at the Musée des Arts Décoratifs from Friday until January 9th.
4.1
Score
Popularity
Activity
Freshness
View Innovation Webinars