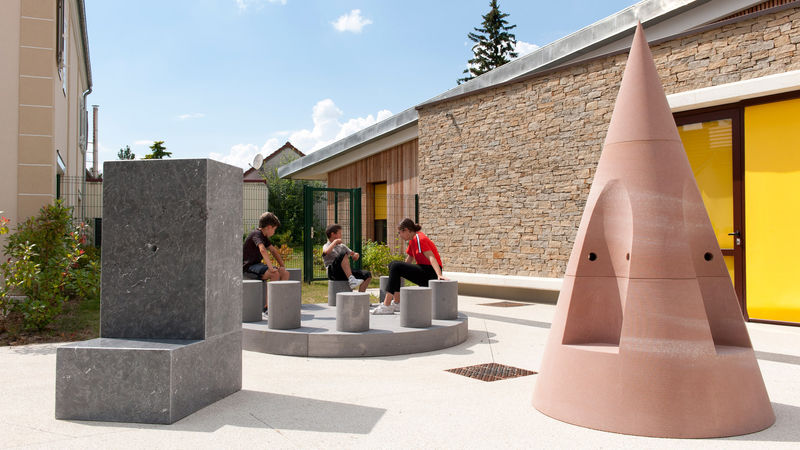 Kalina Nedelcheva — February 11, 2019 — Art & Design
References: vadrot & dezeen
Olivier Vardot is a French designer whose open playground concept promotes socialization. The project is playfully named 'Conversations' and it presents a combination of geometry-heavy objects that welcome interaction and are arranged in a strategically functional layout. Compared to a "miniature Stonehenge," the objects promote the "exchange of ideas."

Olivier Vardot's open playground features structures that are monolithic in appearance which will surely go a long way in promoting imagination and activity. The designer's project includes three objects — the 'Ventriloquist's Throne,' the 'Pink Cockpit' and the 'Council Seats.' In addition, these structures boast a rather timeless aesthetic that really allows for them to easily resonate with anyone in the area.

For the production of the open playground, Olivier Vardot utilizes volcanic stone and sandstone.