Olympians as Funny Admen
Next
Set of
Related
Ideas 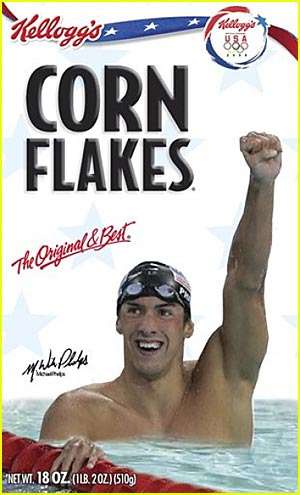 Will Tony the Tiger be saying, â€œEEEEiiiigghtâ€ instead of â€œGrrrrrrrrreat?â€

Wheaties, the Breakfast of Champions, was outbid by Kellogg's for the popular Olympian.

Carly Patterson, Bruce Jenner and Mary Lou Retton appeared on Wheaties boxes, and Phelps did too after the 2004 Olympics.

Implications - The emphasis on healthy lifestyles and athleticism is growing everyday and food companies are capitalizing on this growing interest by associating their products with iconic representations of healthy living ideals. While not all companies can gather endorsements from widely celebrated and recognized athletic figures, those that associate themselves with athleticism and positive lifestyle choices will see an increase in consumerism from the health-conscious masses.
2.6
Score
Popularity
Activity
Freshness
Attend Future Festival