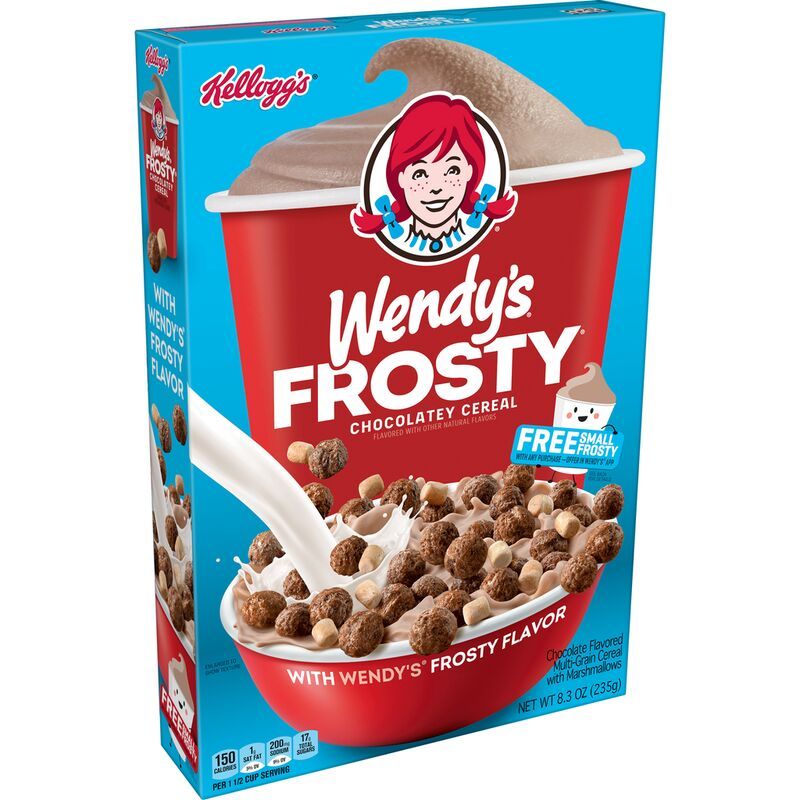 Set to hit grocery store shelves this December, the collaborative cereal comes with Wendy's signature 'Frosty' flavoring, chocolate marshmallow pieces, and cocoa-coated cereal puffs. Of course, the release of the new 'Frosty Chocolatey Cereal' is not the first time these two brands have collaborated. Previously, they had launched the limited-edition 'Baconator Pringles', which they later followed up with 'Spicy Chicken Pringles.'

No doubt, by partnering with Kellogg's, Wendy's has landed on a useful tool for extending its reach outside the fast-food space, as well as innovative means for building brand awareness while introducing new CPG revenue streams.