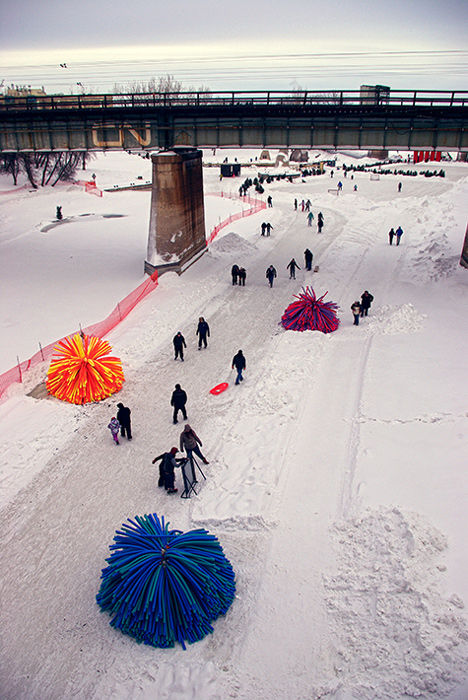 Inspired by the idea of pom poms, the shelter has been awarded a place in the Winnipeg Warming Hut competition. The shelter is made from a hollow aluminium tubing fitted with an outer layer of bristles made from foam to keep nearby skaters warm. The structures were inspired by the insulation of fur, welcoming skaters to nestle in the pom pom-like structures.

“People of all ages, particularly children, were drawn to the sculptures and engaged with them in a variety of ways; jumping into them, climbing them, and nestling into them,” says Hendershott.