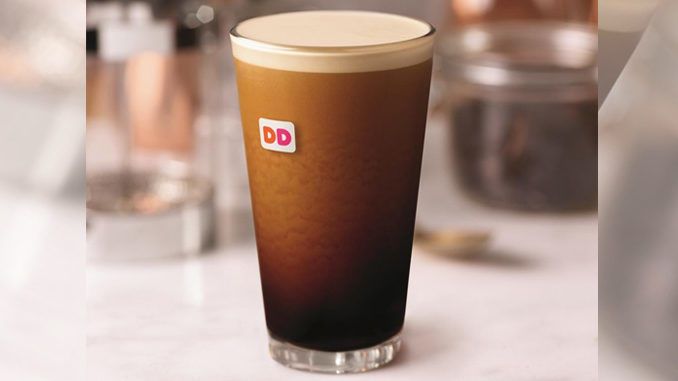 Katherine Pendrill — July 3, 2017 — Lifestyle
References: news.dunkindonuts & chewboom
Share on Facebook Share on Twitter Share on LinkedIn Share on Pinterest
Following in the footsteps of coffee shop chains such as Starbucks and The Coffee Bean & Tea Leaf, Dunkin' Donuts has announced that it will now be offering Nitro Coffees at select locations. While the carbonated coffees are still in the testing phase, consumers across the US could soon enjoy the cutting-edge beverage in their city. In fact, the brand has turned to social media to ask fans if the drink should be rolled out nationwide.

As of last month, Dunkin Donuts began offering Nitro Coffees at select locations in Hartford, Connecticut; Wilkes-Barre, Pennsylvania; and Scranton, Pennsylvania. Like the versions offered at other chains, the drink consists of cold brew coffee infused with nitrogen. This process gives the coffee a a bolder taste and a smooth carbonated texture that is similar to beer.
3.3
Score
Popularity
Activity
Freshness
Get Trend Hunter Dashboard