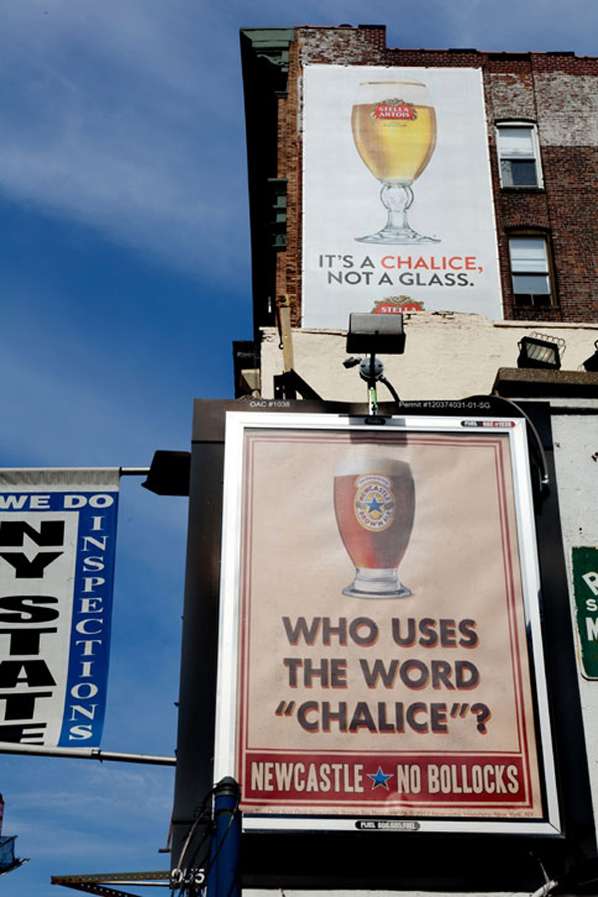 Shiori Mine — April 7, 2012 — Marketing
References: newcastlebrown & brandingmagazine
Share on Facebook Share on Twitter Share on LinkedIn Share on Pinterest
Billboard wars continue to appear on the advertising skyline as Newcastle Beer mocks Stella Artois with their latest campaign. The hand-painted billboard that currently towers above the street is now sharing its space with the British-based brewery. Droga5, the agency behind the campaign has decided to poke fun at Stella's "It's a chalice, not a glass" slogan and returned with their audacious response, "Who uses the word 'Chalice'?"

Billboard wars are nothing new as we've seen other major brands such as Samsung and Audi take on their competitors through these cheeky tactics. However, it is certainly an entertaining commentary to the innovative nature of advertising and competition. So, whose side are you on -- Team Newcastle or Team Stella?