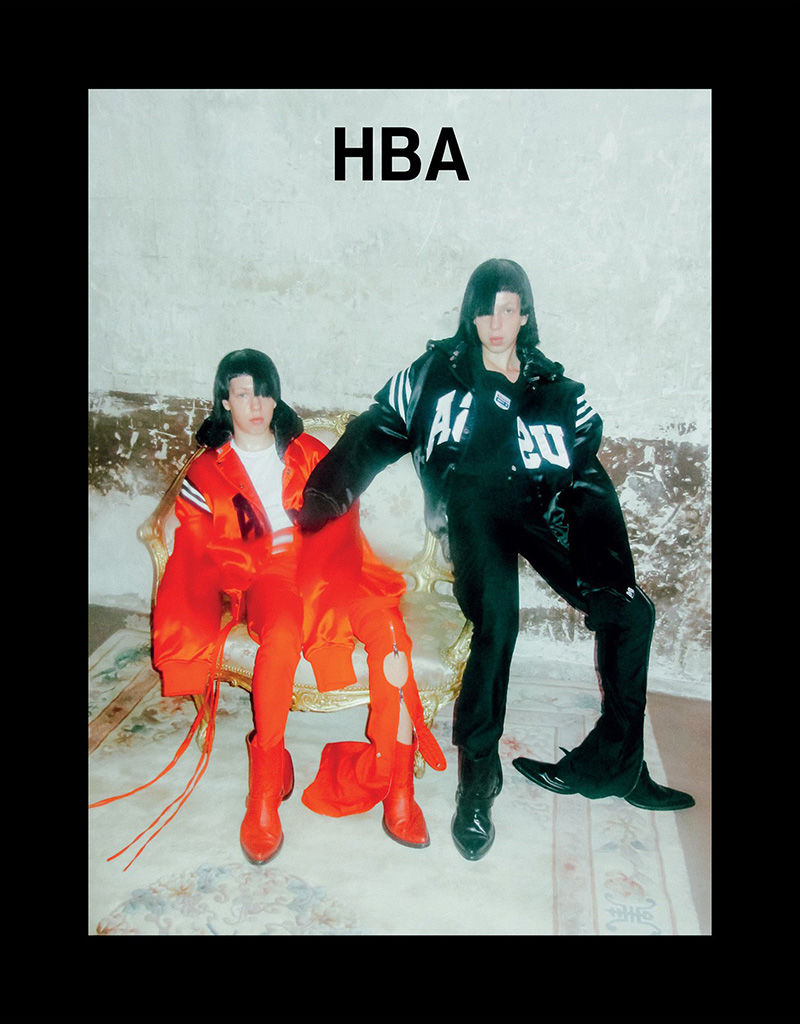 Riley von Niessen — May 11, 2017 — Fashion
References: hoodbyair & fuckingyoung.es
Share on Facebook Share on Twitter Share on LinkedIn Share on Pinterest
Recently, a new Hood by Air campaign was launched for the Spring/Summer of 2017, which is reported to be the last for a long time given that the New York streetwear brand's founder, Shayne Oliver, has announced that it will be taking a hiatus.

The new Hood by Air campaign has a strong retro look to it, which comes from the faded style of the shots that comprise the lookbook, as well as the grungy features that much of the apparel boasts. Thick black borders make the shots from the lookbook stand out even more, while further highlighting the brand's name which is featured in an acronym at the top of each one. Pastel backgrounds enable the new Hood by Air collection to be at the focus of each shot as well, and the unconventional hairstyles that the models sport further contributes to the retro grunge aesthetic.
3.7
Score
Popularity
Activity
Freshness
Jeremy Gutsche Keynote Speaker