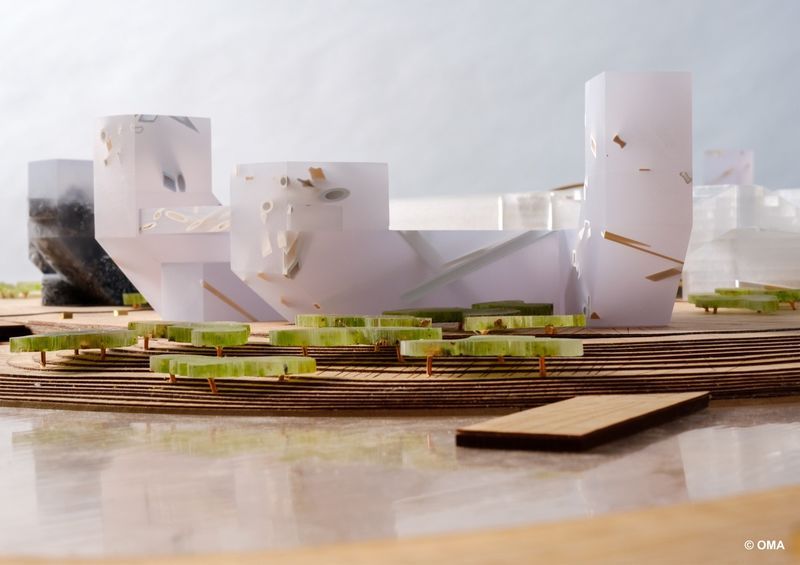 OMA Proposes an Architectural Design for the New Chinese Economy

Kalina Ned — May 18, 2018 — Art & Design
References: oma.eu & archdaily
Share on Facebook Share on Twitter Share on LinkedIn Share on Pinterest
OMA is one of four firms, whose proposals were selected to house and nurture the new Chinese economy in Chengdu. The architectural development is necessary since the country is amid a revolution -- "from a production-oriented economy to a knowledge and service-based economy." This calls for a complete reconstruction of the infrastructure, in order for the urban arrangement to benefit start-up firms, entrepreneurship and the-so-called 'Unicorn' companies.

To be able to sustain the new Chinese economy, OMA divides the island into three parts. Firstly, the 'Living Lab' is designed to be an observation deck, as well as to house an 'Innovation Engine.' Secondly, the 'Weave Zone' which is created to be a mixed-use program of spaces that are essential for life and work. Finally, there is the perimeter that hosts the headquarters of the Unicorn companies.
4.7
Score
Popularity
Activity
Freshness
Attend Future Festival