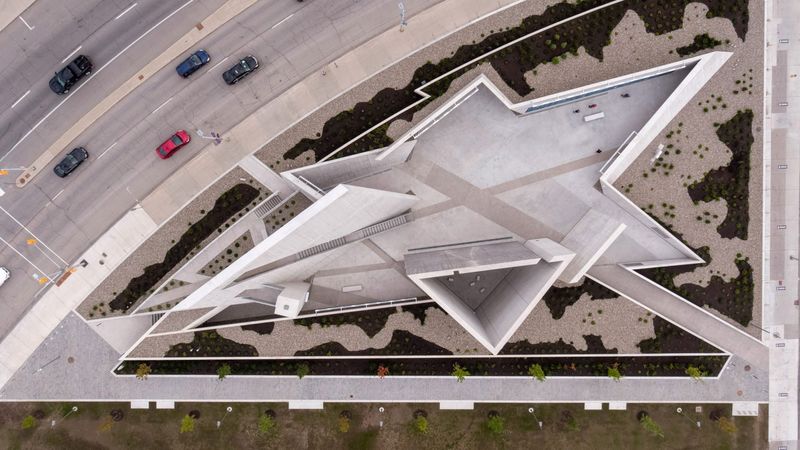 The National Holocaust Monument in Ottawa is the First in Canada

Joey Haar — October 2, 2017 — Art & Design
References: libeskind & dezeen
Share on Facebook Share on Twitter Share on LinkedIn Share on Pinterest
Studio Libeskind, a New York architecture and design firm, has recently built the National Holocaust Monument in Ottawa, Canada. The monument is the first national holocaust memorial in Canada, honoring the lives of the millions of Jews murdered during the Nazi regime through symbols of perseverance.

Canada is home to one of the largest Jewish populations in the world. Hundreds of thousands of Jews settled the country after the war, and the Canadian government's monument helps to cement the memory of that terrible struggle.

The National Holocaust Monument has several symbolic elements. Its tall walls are shaped like a stretched Star of David, the symbol of Judaism, and the tallest enclosed space houses a constantly burning flame. Long-burning flames are themselves symbols of remembrance in Judaism, with candles being lit to honor passed loved ones, so the 'Flame of Remembrance', as it's known, is an appropriate choice.
3.1
Score
Popularity
Activity
Freshness
Get the 2021 Trend Report FREE