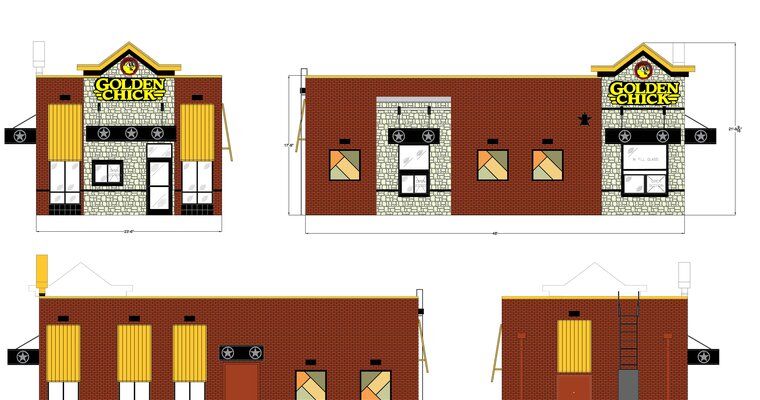 The modular stores are built at an off-site location and then transported, allowing franchisees to bring their location to market at a faster rate, while also cutting down on their development and operational costs. As QSR Web explains, "Modular construction can knock 10-to-15% off the cost of traditional stick-built construction overall and usually takes only about five weeks to complete." The modular stores will include walk-up ordering windows and drive-thrus, making for a streamlined experience that will benefit store owners and customers.

Golden Chick VP of Development Larry Nelson spoke to the announcement, stating "We took our time to research and work on the development process to ensure it was done correctly, setting the standard for excellence high. Our family of franchisees have been anticipating the introduction of this model and we expect the demand for it to continue to grow."