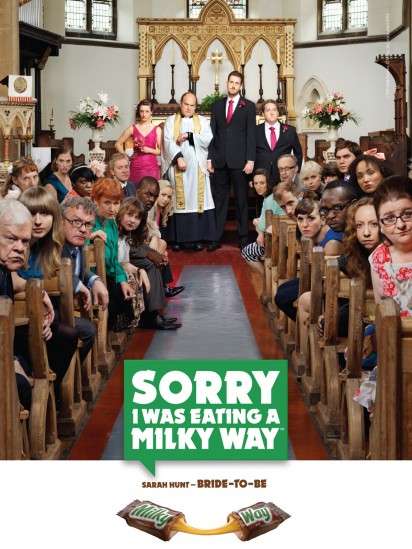 Meghan Young — November 19, 2012 — Marketing
References: ddb & ibelieveinadv
Although being distracted by a chocolate bar might not be the best excuse for certain scenarios, the Milky Way Caramel campaign shows that this snack may be particularly irresistible. With its gooey caramel center, how could a bride possibly make it to her wedding on time? Or a mother not burn her son's boy scout uniform with an unattended iron? These situations and more should be excused, at least according to the Milky Way Caramel campaign.