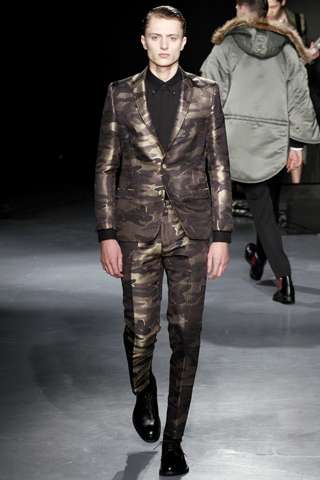 Featuring camo patterns interwoven with silk thread on foundations of kimono silk, the suits that marched down the Miharayasuhiro Fall 2012 runway in Paris were anything but the typical rugged military styles to which we are all accustomed. Miharayasuhiro, who is known for incorporating military styling into his menswear often, has also incorporated the aesthetic into trenchcoats, parkas and more for the fall and winter collection.

Another running theme was plaid, which the designer used on matching shirt-and-trouser combos, jackets and scarves. The checkered pattern also appeared on an outfit meant for the ladies, which consisted of a tux-style jacket and oversized, ballooning trousers.
2.7
Score
Popularity
Activity
Freshness
Access Advisory Services