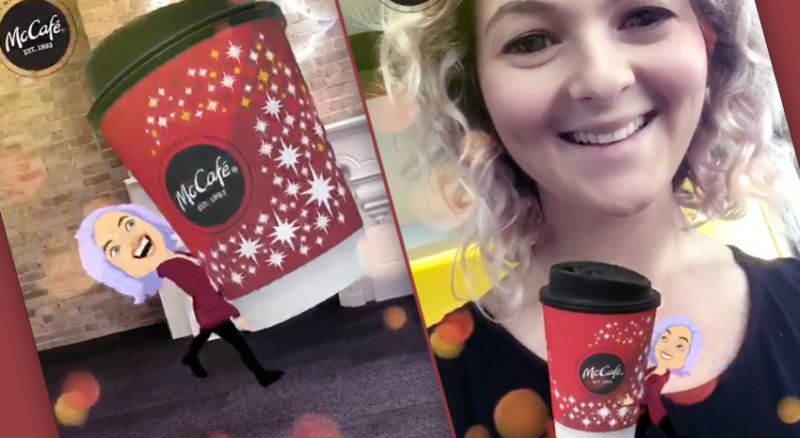 Users have been having fun with the newly rolled out bitmoji feature, which enables individuals to create playful cartoon-like characters of themselves in augmented reality. In an effort to better engage with consumers, McDonald's is leveraging Snapchat's augmented reality feature to promote its new McCafe offerings. The new sponsored content features a short augmented clip of one's bitmoji mischievously stealing a McDonald's coffee. The adorable 3D character is seen running around the hot beverage, prior to picking up the disproportionately large cup, and ruining off screen.

Toygar Bazarkaya, one of the designers behind this user-focused branding stated that "It’s just a playful take that even your avatar behaves like you. You have to have your coffee first before you go about your business.”
4.4
Score
Popularity
Activity
Freshness