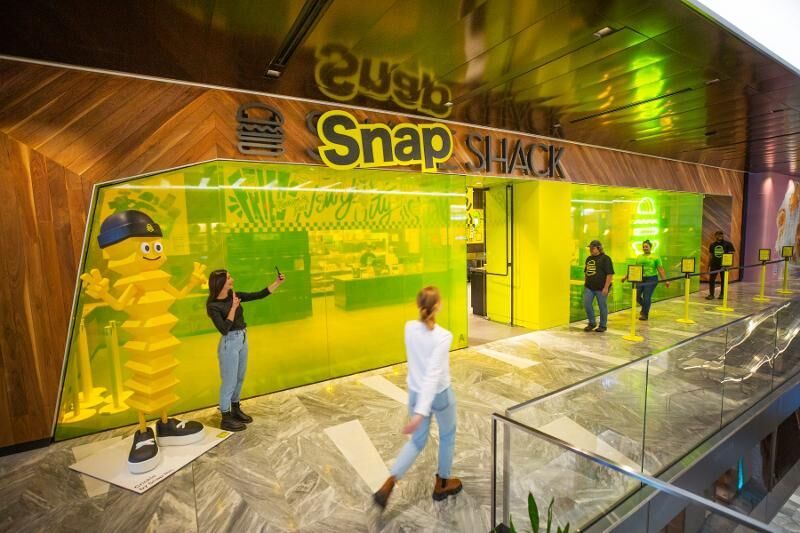 According to the company, Snapchat's AR tools are being utilized to create an immersive social event that features an AR-enabled shoppable store, custom Snapchat lenses, and custom merchandise that can be virtually tried on via the Snapchat app.

In addition, the physical store has been outfitted with a statute of a giant crinkle cut fry and virtual try-on mirror, both of which can be "activated" through Snapchat. Shake Shack's CMO, Jay Livingston, says that he hopes the innovative experience "will immerse fans into the fun of Shake Shack while highlighting our commitment to real, premium ingredients in an engaging way.”